For most important meetings like the Board of Directors or the Education Council, StuRa has one or multiple students that represent(s) our students and has a say in decision-making and help(s) give feedback of the students when things are suggested to change or issues are addressed. Situations like a pandemic where colour codes are introduced that help students to better understand what type of education they are getting, is one of those decisions we help give our feedback on,

We are also active at a Flemish level in councils like VVS, where some members are chosen to attend meetings on a higher level with different parties concerning our education, like our Minister of Education. Here we discuss different topics like average mental health of students and different support measures we think are a good idea to suggest for higher-level problems.

We also set up different workgroups to target specific problems and tackle them at hand. Most of the time, we plan different discussion-like meetings or sessions with different students to help form an opinion on different subjects.

Every year, our elections take place from the end of April through about half May. The students that will be an active member of next year’s student council and will most likely take up a function or madate are elected here. The handover takes place on the 1st of August. The planning is as follows:

2) A period where every UH-student can vote for students from their faculty. Every faculty has a limited number of seats, depending on how many students the faculty counts.
ARK: 3 seats
BEW: 4 seats
GLW: 2 seats
IIW: 4 seats
MOB: 1 seat
REC: 3 seats
RWS: 2 seats
WET: 3 seats
SES: 1 seat

3) Function meeting(s) where all elected members can vote for those who want to apply for a function or mandate within the student council. If you weren’t elected, you can apply for a function or mandate that has not been filled. Give it a shot! There were 2 function meetings before the exam period last academic year. Functions or mandates for which there is not time, will be moved to the first general meeting of the next academic year.

You weren’t elected during elections or function meetings? Don’t worry! Throughout the academic year you can still be co-opted. You can stand up for a mandate or for a function. We make a distinction between members, with voting rights, and collaborators, without voting rights, at the student council. If you stand for election in May and are subsequently elected, you are automatically a member. If you did not become a member during the elections, you can be co-opted as a member throughout the academic year. This is only possible if you stand up for a position with good motivation and the General Meeting (AV) subsequently elects you. A maximum of 2 members per faculty can be co-opted in addition to the maximum number of members of a faculty. You can also be co-opted as an collaborator if you argue for a mandate with good motivation and the AV elects you. You can also stand up for collaborator without taking a mandate. The advantage of being co-opted is that you get access to the drive and our internal communication.

You Have Problems, We Have problem solvers 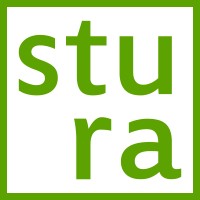